First of all, congratulations to everyone who entered – great work people – writing a story isn’t easy. As the previous judge Kathy mentioned, it’s important to make sure you have a beginning, a middle AND an end in your story. There were some wonderful beginnings that stopped half way through the middle and a couple that stopped just before the end. Endings ARE hard to write but they are super important if you want to make the story work as a whole. An important part of writing is learning what to leave in and what to leave out. If you leave out things that aren’t important to the story (even if they sound really cool) you have more words to use on the things that do matter.

I also think punctuation and paragraphs make a big difference. Start a new paragraph whenever someone new starts speaking, or if you change scene, or something new is happening. These things make your story easier to read. Also if the story is in third person (I wrote about Jodie), it felt strange if you switched to first person (you wrote as if you were Jodie saying ‘I did this’, instead of ‘Jodie did this’).

Using vines like ropes to rescue Ben was really popular, and a number of the stories that did this were well written, but the ones I liked best were the ones that took an unexpected route to the ending or surprised me in a good way. My compliments to Jos (Whangamata Area School) who included time slip in their story. I loved that Hannah Howis (Fendalton Open Air Primary) realised that Jodie was lost and it wouldn’t be easy to find her way back to the farm. And to everyone that included Pippi and Barney – good work! They were extra options already included in the story that could help solve the problem that Jodie and Ben were faced with.

There were some great lines that made me laugh:-

Siona Sircar (Palmerston North Intermediate Normal School) with – She pulls a knife out of her dress (who knew dresses had pockets?)…

Lucy Bevin (also Palmerston North Intermediate Normal School), with –  Somebody wanted Ben dead, not Mrs Winch, no offence to her but she can’t run that fast so she’s off the table.

And Teia Clark with this absolute gem – Then grandad hopped out of his wheelchair, jumped off the edge, smacked his elbow in mid air and K.Oed Ben off the branch to the both of their doom. (Haha sorry here’s the real ending).

Then there were also some wonderful descriptions:-

And this – Ben clung desperately to the side of the cliff. It was pockmarked with scars from the driving assaults of centuries of wind and rain, but the area directly above Ben was smooth and sheer, like a woman who’s had too many botox injections – from Indigo Tomlinson at Huanui College.

And my winners, who both tried something a little fresh and different with their stories and included some great descriptive writing, are …

They’d got a bit lost.

They’d never had a farm holiday before and everything was strange and new. Jodie and Ben had been shocked at how early everyone got up. It was weird eating breakfast while the rest of the world seemed fast asleep, the darkness of night still asserting itself over everything.

But riding pillion on the quad bikes – ‘Yes you do have to wear a helmet,’ Mrs Winch insisted – was huge fun and they both loved the cows and Mr Winch’s dog Barney and the farm cat Pippi. They’d done their best to help where they could and stay out of the way when things got tricky.

And on the third day when they’d finished their chores and dinner was still hours away, Mrs Winch said, ‘why don’t you go for a walk. If you follow the driveway past the house to the gate and go through into the bush there’s a terrific track down to the beach.’

‘That sounds great,’ Jodie said. ‘We’ll be back by four thirty so we can help with dinner.’

They’d headed along the driveway and clambered over the gate and soon were deep in the bush on the narrow little trail. Until Ben saw something. ‘I think it’s Pippi. Maybe she’s lost. Or hurt. ’ And he was off before Jodie could say ‘Stop!’ She heard him thrashing about, the sound getting fainter as the distance between them grew.

‘Come back!’ she yelled, before plunging off the track and into the bush after him. She did her best to follow the noise but no matter how fast she went she couldn’t seem to catch up. And then she heard the sound no one wants to hear. A sharp, anguished cry and then a piercing scream. ‘Ben!’

Pushing through the tangle of scrub and trees as fast as she could, Jodie nearly stepped off the edge of the cliff herself. She looked down before fear stopped her. Below, half way down the sheer face of stone, Ben perched where a small ledge jutted beside a crooked tree growing out horizontally over the drop. Was that blood on his forehead?

Overcoming her fear, Jodie peaked over the cliff edge again. Below the ledge was an endless sea of sharp rocks extending out from the headland, a white froth surrounding each one of them. ‘I wonder why they called this Smugglers Cove’ thought Jodie ‘Those smugglers must have been gutsy to land here.’

Jodie made eye contact with Ben, hanging on to the ledge with one hand and struggling to keep something in his jumper with the other. She could see the beads of sweat trickling down his forehead, his face as pale as death itself. Behind his glasses, Ben’s eyes were wide with panic, twitching, as he swung helplessly from side to side.

Protruding from Ben’s jumper was a thin, tortoiseshell tail, “Pippi”, Jodie exclaimed. Pippi hissed, fighting to get out of Ben’s grip. Knowing she had to help them, Jodie yanked off the pink merino scarf Granddad gave her last Christmas and tried to lower it down to her frightened brother and the runaway cat.

‘It’s no good, it will never reach.’ Jodie’s heart sank, ‘What if Ben fell … it would all be her fault. Should she run back to farm to get help? It would be too late, Ben couldn’t hold on.’

Dejected, Jodie leant back against the Pohutukawa tree hanging from the cliff, its twisted roots digging into the dirty yellow rock. The tree was a mass of red flowers shimmering like burning stars, with a long crooked limb which stuck out over the cliff like a diving board. Suddenly Pippi made a lunge from Ben’s arms like a speeding silver arrow, she only just caught onto the branch with her sharp claws. As Pippi scrambled from the tree, Jodie ducked to avoid her and felt a cold, sharp, cog graze her side.

Jodie’s trembling hands ripped at the bark to expose twisted metal and part of a chain. “BEN! I’ve found some sort of crane … I can try and reach you”. She started to pull the old winch from its hiding spot as Barney sprung out of the bush howling furiously. The dog pulled the chain out of Jodie’s hand, gingerly trotted along the branch, and hovered over the cliff.

Jodie dug in the dirt and loosened the rest of the chunky metal contraption while Barney dropped the chain from his mouth into Ben’s waiting hands. The rusty iron chain sliding into a set of parallel grooves marked on the branch.

“Hurry .. I can’t hold on much longer”, whimpered Ben.

‘This might just work,’ thought Jodie. Her hands, wet from sweat, slipped as she began to turn the handle, the sharp metal digging into her palms but that just made her grip tighter. Encouraged by the excited barking of Barney, Jodie pushed through her fear and with all her strength, heaved. The chain coiled around the tree, gave a loud creak, and moving slowly, Ben was hoisted up the cliff face.

Ben collapsed on the grass at the edge of the bush, colour slowly returning to his cheeks. “That was intense.”

He turned to Jodie and giggled. “If Mrs Winch asks what we did today, we can just say we were hanging about by the beach!”

Jodie looked down and gulped, bile rising in her throat as Ben clung desperately to the side of the cliff. It was pockmarked with scars from the driving assaults of centuries of wind and rain, but the area directly above Ben was smooth and sheer, like a woman who’s had too many botox injections.

Without warning, a savage gust of wind tore Ben’s cap from his head, and sent it spinning out into the ether.

Oh no. Jodie thought, as she watched the cheerful yellow cap begin to tumble down towards the hungry waves. That was Ben’s last present from their father. Before he left. As Jodie stayed where she was, rooted to the spot by fear and indecision, Ben made a desperate lunge for the spinning hat. But as he did, his foot slipped on the edge of the narrow ledge. His arms windmilled, mouth forming an elongated ellipse of shock as he too began to fall.

Ben tumbled slowly as though falling through layers of liquid glass. Yet with every blink Jodie took he seemed to get closer and closer to the lunging spindrift and closer to the convulsive grasp of the desperate sea. In some ways, the ocean reminded Jodie of her mother. The way she wouldn’t let them speak to their dad after he left, and the way she clutched them jealously if someone so much as dared to mention his name in passing.

In a flurry of small bubbles he sank beneath the surface. An echoey boom resounded out over the ocean as storm clouds congregated in the distance. To Jodie it sounded like a death toll. But it started her into action. She turned and raced back down to the beach as fast as she could.


When Jodie reached the narrow strip of rocky shore directly beneath the clifftop she didn’t hesitate. Ben was out there. He was a strong swimmer. They both were. She could save him. There was still a chance.

Tearing off her t-shirt and shorts, Jodie stood shivering before plunging into the sea. The cold was a shock. She went to inhale, but stopped herself just in time. Striking out into deep water, Jodie kept her eyes open beneath the surface for any sign of her twin.

But there was nothing. She remembered a game they used to play when they were little, imagining they could hear each other’s thoughts and use telepathy to communicate.

“Jodie?” came a whispered reply, but it was faint and fuzzy like a badly tuned television.

She saw him. A small figure sinking beneath the waves. Jodie dived. With a desperate hand she grabbed Ben’s wrist and pulled him to the surface. He was a dead weight.

She heaved her exhausted body onto the rough rocks. Shivering she tugged Ben to dry land too. She shook him, as hard as she could. No response.

“Ben! I know you’re in there! Please!” She was crying now. He couldn’t be dead. He couldn’t.

Then, with a sudden start, Ben’s eyes flew open. He coughed up a lungful of seawater and gave her his usual charming grin,

Well Done!! I will be in touch with you both regarding prizes 😃 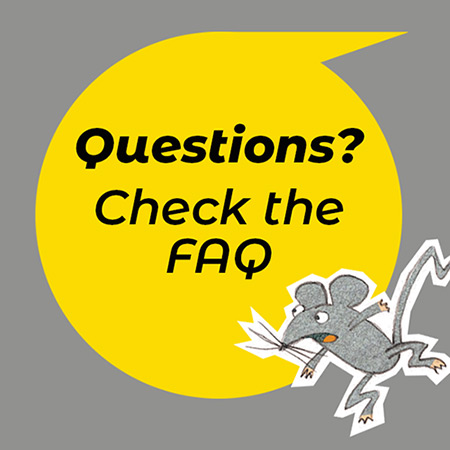