Fabo Story is a crazy idea dreamed up by a bunch of crazy children’s authors. Our goal is to get kids writing and we’ve got prizes to prove it!

Kids 13 years old and under who live in New Zealand or Australia can enter.

(Please note that sometimes a different prize will be offered if the winner lives in Australia, due to postage restrictions).

– Please enter each contest only once. (You can enter each time there’s a new story and judge).

– We prefer stories to be less than 500 words. (If you’re not sure, paste your story into Word and it will give you a word count).

Terms And Conditions Of Entry: Stories may sometimes be shared with third parties where circumstances warrant. Stories will never be shared for profit or commercial gain.

You can read our FAQs here.

Jane Bloomfield is the author of the Lily Max series. Her first book, Lily Max: Satin Scissors Frock, was a finalist in the 2016 NZ Children and Young Adults Book Awards and was a Storylines Notable Book . The sequel, Lily Max: Slope Style Fashion was published in October 2016, and was a Woman’s Day Top Ten Reads 2016. The third book in the series, Lily Max: Sun, Surf, Action, is scheduled for November 2017. 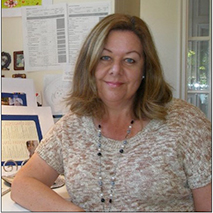 Sue always wanted to be a writer – or an explorer, but she’s not very good with maps and worries about spiders. Still, you can’t let feeble excuses hold you back, can you? So she had a go at both, setting off from England to travel the world, and writing about her experiences for a UK children’s newspaper. When she reached New Zealand, she loved it so much she decided to make it her home. Sue has written several non-fiction books, about interesting things like animals (including spiders) and volcanoes. She also writes ghost stories, like The Ghosts of Young Nick’s Head, set in New Zealand’s spookiest spots. She doesn’t mean to scare you silly, but thinks it’s fun when she does, heh heh.

Maureen loves being a writer. She says “You can spy on people, write down what they say and make up characters in books that look just like them… but they will never guess. And reading all the time is research so I have to do it. (really!)” 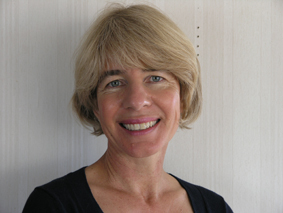 When she was growing up Elena went to seven different primary schools all around NZ but has lived in Auckland since she was eleven. She likes chips and ice cream (far too much and occasionally together) and writes poems, rhymes and quirky stories.

Helen Vivienne Fletcher is a children’s and young adult author, spoken word poet and award-winning playwright. She discovered her passion for writing for young people while working as a youth support worker, and now helps children find their own passion for storytelling through her work as a creative writing tutor. Overall Helen just loves telling stories and is always excited when people want to read or hear them.

Tania can regularly be found in Westeros, shooting hoops on the spaceship Serenity, or staking vampires in Sunnydale. She’s the author of the YA dystopian Skin Hunter series, and her love of sci fi and fantasy is usually what gets her out of bed before noon.

Kyle has written more books than she can count without taking her socks off. Her bestselling series Dinosaur Rescue has been translated into lots of languages and was Number One in Norway. She has also written a heap of picture books like Kiss! Kiss! Yuck! Yuck! and Old Hu-hu.  When she’s not writing she’s either in her garden singing to her vegies, in the creek swimming or off exploring the strange land she’s discovered at the back of her wardrobe. (OK, that last bit may not be completely true…)

Michele Powles has been a dancer and arty type all of her life. Without realising it, she discovered she was much better at writing and decided that was what she wanted to be when she grew up. She’s still working on the growing up part.

Most of her writing is for adults but sometimes a story will come up that is too awesome so she saves it for kids only. She thinks reading is cool.

Melinda can often be found glued to the television, tapping away on a computer keyboard or with her nose in a book. She has a cat, some grown up children and a husband, and lives in Auckland. Melinda loves eating chocolate and watching movies, and dislikes driving, earwigs and washing the dishes. Writing stories is her favourite thing to do and you can find some of her best ones on the shelves of bookshops and libraries, like A Winter’s Day in 1939 (Winner Librarian’s Choice at the 2014 LIANZA Awards), The Song of Kauri, and Fuzzy Doodle (a 2017 White Raven Book).

If I wasn’t a writer, I’d be a wildlife photographer. My favourite things are animals and words. Pictures come next. In my book called A Hairy Tale my favourite character has a haircut that makes her look like a baby gorilla called Lulu. I had no way of knowing back then that gorillas would turn out to be so significant in my writing. I’ve written 13 books and about 130 stories, articles and plays. 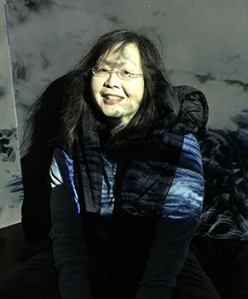 Weng Wai Chan loves to daydream and writing lets her do that and not get told off. Lizard’s Tale is her first book and is a 2020 Storylines Notable Book. This photo is from a daydream about the sea that she once had.

7 thoughts on “About FABO”